There is a reasonable piecewise linear approximation for the pendulum replacing the the sinusoidal potential with two quadratic potentials (one around the top and one around the bottom). This translates to a triangle wave torque.

Cbc is probably better than GLPK MI. However, GLPK is way easier to get installed. Just brew install glpk and pip install cvxopt.

Getting cbc working was a bit of a journey. I had to actually BUILD Cylp (god forbid) and fix some problems.

One downside is that every evaluation of these non linear functions requires a new set of integer and binary variables, which is possibly quite expensive.

For some values of total time steps and step length, the solver can go off the rails and never return.

At the moment, the solve is not fast enough for real time control with CBC (~ 2s). I wonder how much some kind of warm start might or more fiddling with heuristics, or if I had access to the built in SOS2 constraints rather than hacking it in. Also commercial solvers are usually faster. Still it is interesting. 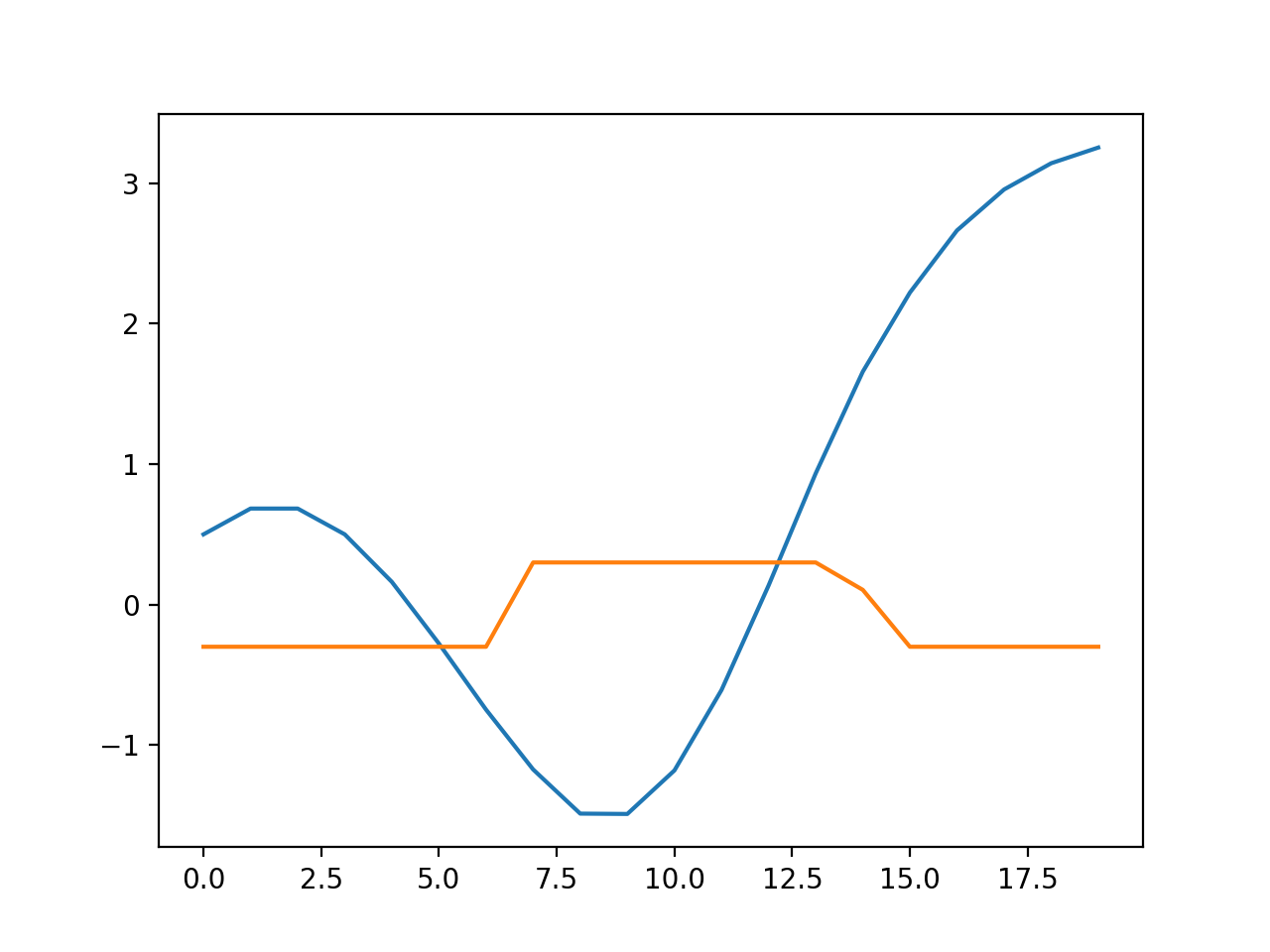 Blue is angle, orange is the applied torque. The torque is running up against the limits I placed on it.