Oh cursed equation! How you haunt me! 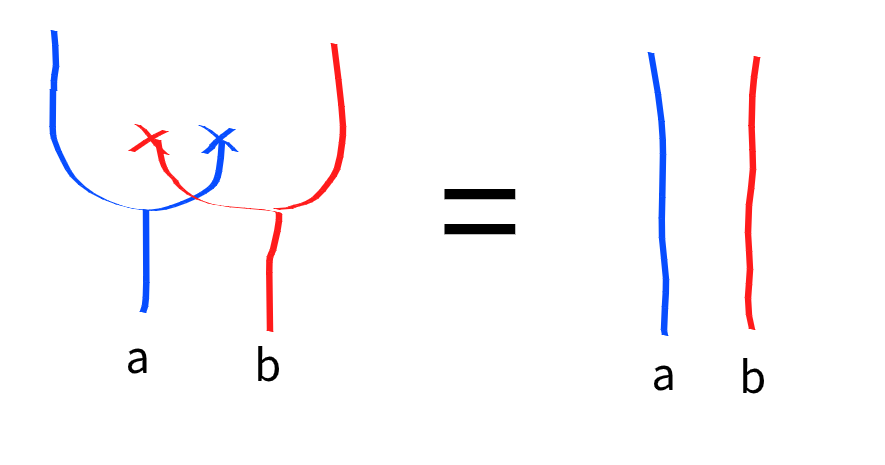 I’ve been working on mechanizing equational reasoning for categories for a while now with not so much success.

The Egg paper came out and was very compelling to me. It is an implementation with novel twists of egraphs, a useful data structure for equational reasoning. I tried my hand at implementing the egraph data structure here with the purpose of using it for Catlab reasoning in mind.

But Alessandro Cheli has come along and really taken things to the next level with his Metatheory.jl library. The package includes a significantly improved egraph implementation, plus a classical rewriting system. It also has some really interesting ideas in regards to homoiconicity and theory composition. Maybe it’s useful to you. Check it out.

The equational reasoning that occurs in Catlab is compelling because it feels like high school algebra, but describes significantly more powerful systems of reasoning. It also has a beautiful and intuitive diagrammatic interpretation.

Understanding how to take a system like egraph rewriting, which in examples seems at the moment best suited for rewriting ordinary algebraic expressions, and tweak it to work with the more complicated logic of Catlab has been a challenge.

There are a couple problems.

I thought way back that the types could be stripped and everything would be fine, like if you strip the types from the simply typed lambda calculus. This is not the case. I think this misconception is due to my inexperience doing hand calculations of this type (which almost no one does. String diagrams rule), plus I think you “code the happy path” when doing it by hand and may not even notice a situation where just shallow pattern matching on the syntax would allow you do do something verboten, since you’re smart enough to not make that dumb mistake.

My initial thinking this time around was to take a type tagging approach https://people.mpi-inf.mpg.de/~jblanche/mono-trans.pdf. This is a standard way of encoding more sophisticated typed logics into simpler typed ones. Type tagging replaces every term ever used with a more complex term that contains the type. In a curious analogy, it is the analog of dynamic typing vs static typing. In dynamically typed languages, all values carry with them tags describing which type they are at runtime.

As an example, the identity id(a) could be tagged as type(id(type(a,ob)), hom(typ(a,ob), type(a,ob))) or as hom(id(ob(a)), ob(a), ob(a)). You can see how verbose this is. It is not ideal both because it is unacceptable to write by hand, and because this extra structure is just more junk to choke your solver. But you can see that now the necessary types to fill in missing pieces of the right hand side is always available.

I tried this through some arcane metaprogramming methods involving Julog and it seemed too slow. Alessandro and James Fairbanks have a more elegant looking version of this here.

It feels insane that you need all this overhead when it is not necessary when working by hand. Many of the rules do not have this rhs invention problem or the typed guarding requirement. For cartesian categories, only about 5 of 30 rules have this condition. $(f \cdot g) \cdot h \rightarrow (f \cdot g) \cdot h$ is totally fine for example.

So here is idea 1, replace any new derived information on the right hand side with “function calls” that find that information. For our example, this becomes f => id(dom(type(f))) ⋅ f. Then we need to internalize the typing rules into the rewrite system

Idea two is to use Metatheory “guards” to enforce type correctness of the left hand side before a rule can fire. As part of this, the necessary type queries are added to the egraph. Alessandro had this idea of just returning the original expression to enforce a guard, which I think is pretty clever. Here is how I think the guard works for the interchange law. This will be cleaner with an upcoming Metatheory macro.

You can see that even making the query about whether the types are right adds them to the egraph. It may be currently unknown what the types are, but by adding them, eventually the typing rules will fire and this rule will have its chance again. This also isn’t as bad as it may appear performance wise, because the egraph in a sense memoizes these typing calls. See the Fibonacci example by Mason Protter which has non exponential complexity despite the naive implementation https://github.com/0x0f0f0f/Metatheory.jl/blob/master/test/test_fibonacci.jl

It is my belief that both of these points (internalization of the typing rules and guards) can be mechanized to produce a sound rule system for an arbitrary GAT. I could easily be wrong. The rough picture I suggest is that you need to infer by looking at the lhs of each rule what typing constraints are implied. If you do not imply the entire typing context, you need to add as many extra guards to ensure it as needed. For example, the well typed-ness of (f ⊗ₘ p) ⋅ (g ⊗ₘ q) implies $cod(f) \otimes cod(p) = dom(g) \otimes dom(q)$ but this does not imply the condition $cod(f) = dom(g) \land cod(p) = dom(q)$ so they must be added.

EGraphs are confusing to reason about. But 2 points:

Here is a full script to run the derivation pair(proj1(a,b),proj2(a,b)) = id(a ⊗ₒ b). I can’t get it to go end to end without assistance yet. We’ll get there. I believe. The real holy grail is not proofs, but simplifications. This also works, but not yet at the depth I’m hoping for.

Evan Patterson’s explanation of the proof has been absolutely vital https://julialang.zulipchat.com/#narrow/stream/230248-catlab.2Ejl/topic/Automatic.20Theorem.20Proving/near/211396362. Zulip is nice for this.

Where to go from here