Declan had the good idea to make a CNC machine. There is a popular plan available here 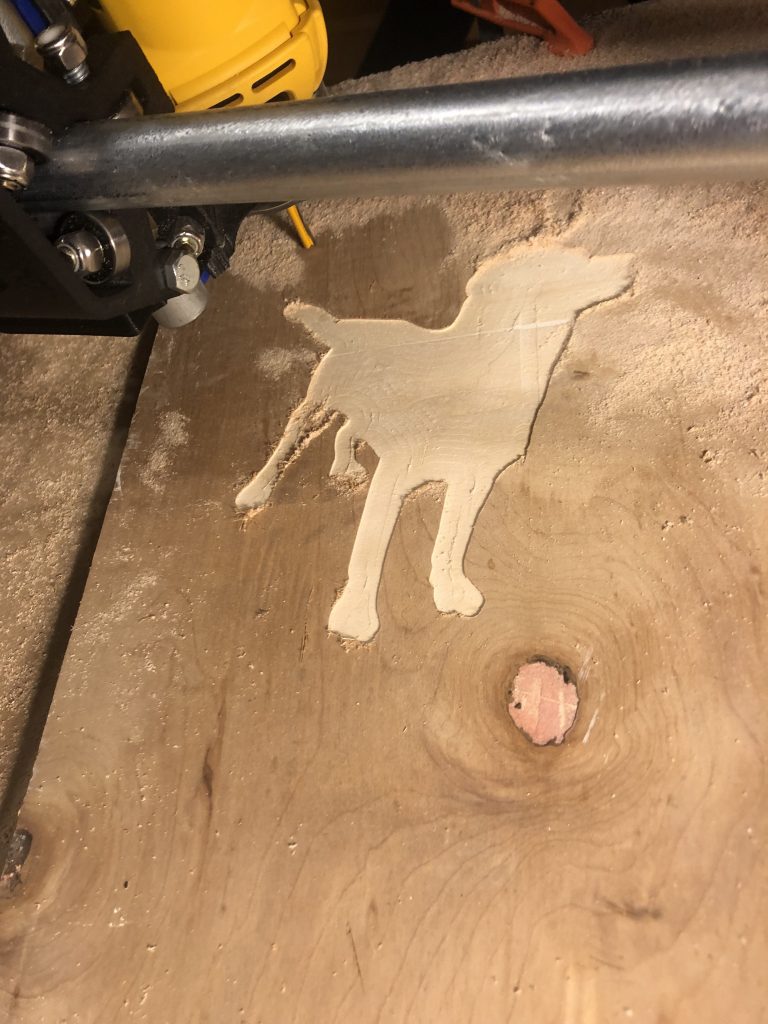 The really cute part of it is using electrical conduit as rails, which are shockingly inexpensive. Like a couple bucks for 4 feet! Holy shnikes!

We’ve been printing up a storm for the last couple weeks. A ton of parts!

We already had a lot of motors and stuff lying around. Declan bought a lot of stuff too just for this. Assorted bearings and bolts. The plans have a bill of materials. 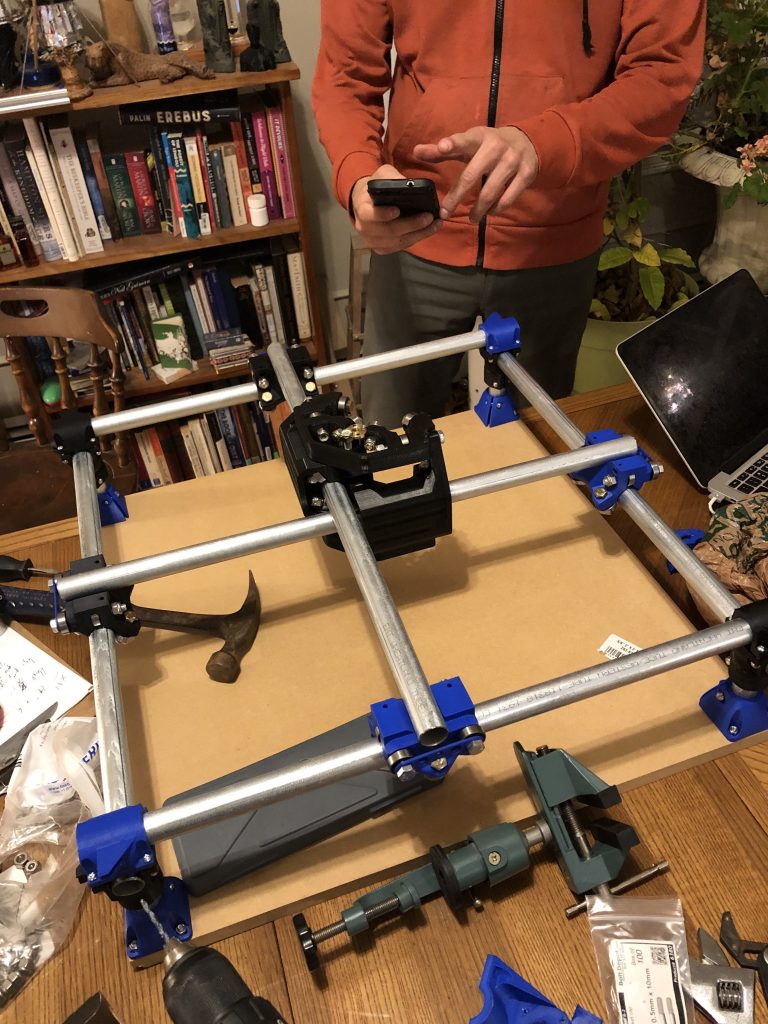 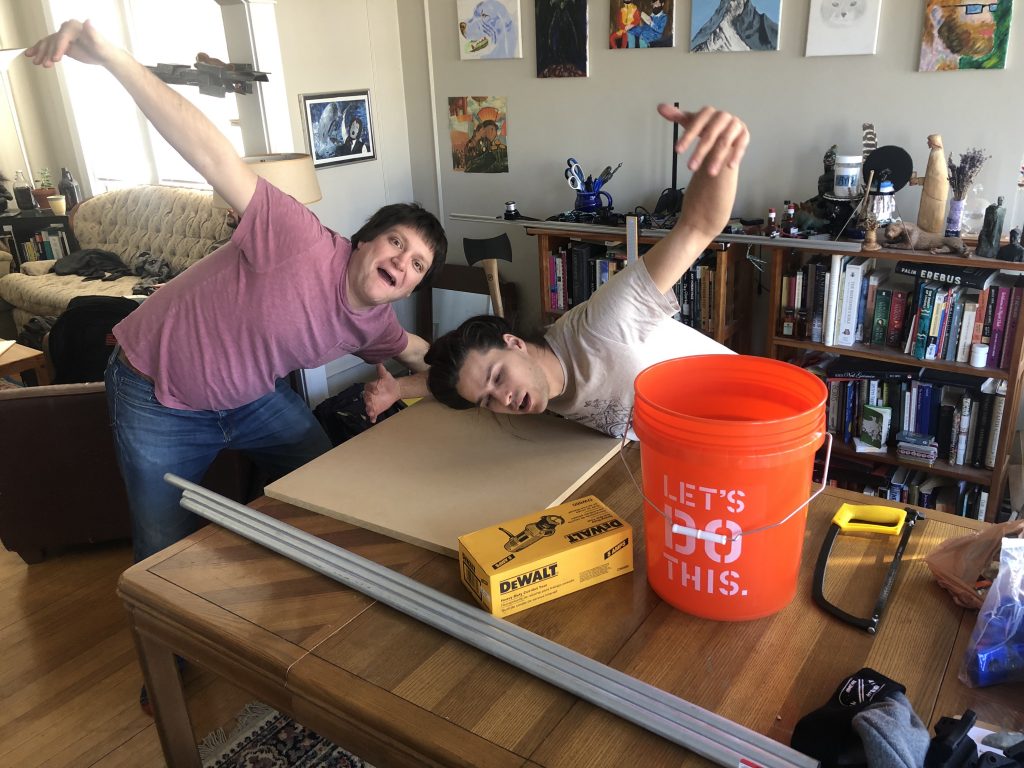 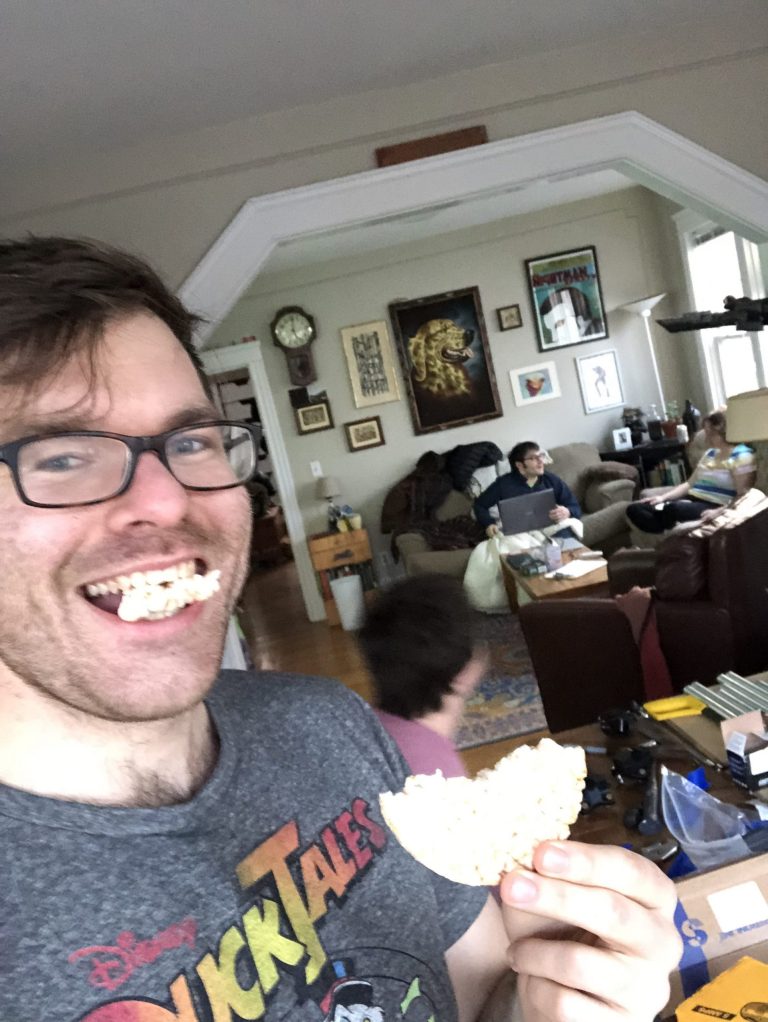 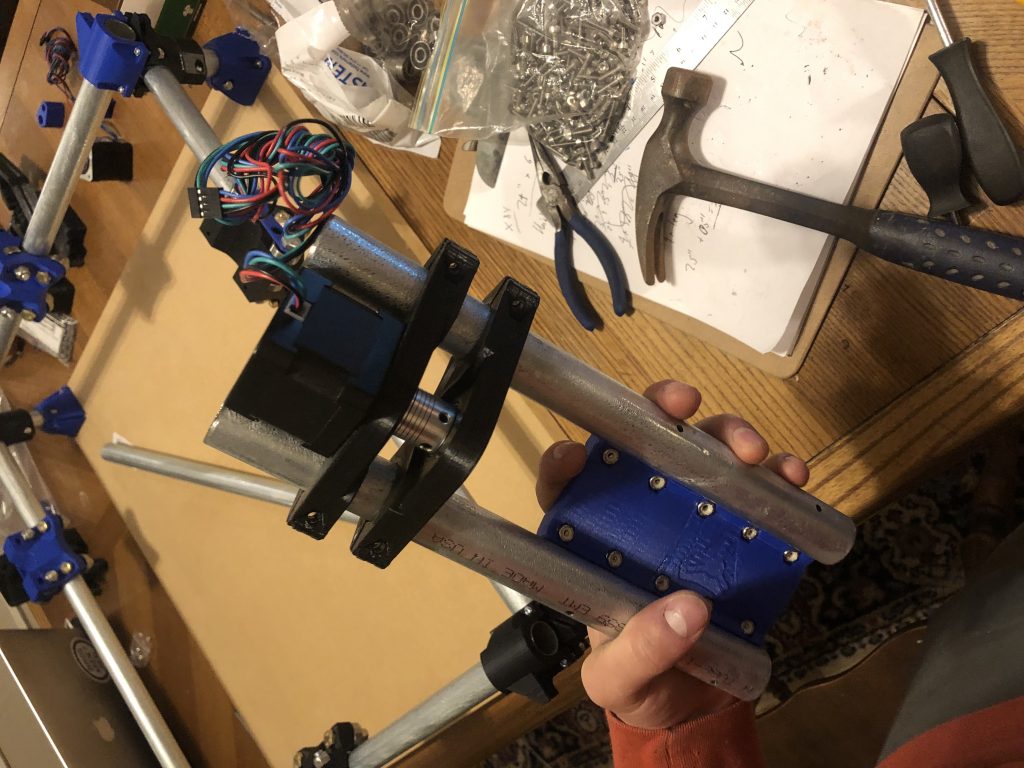 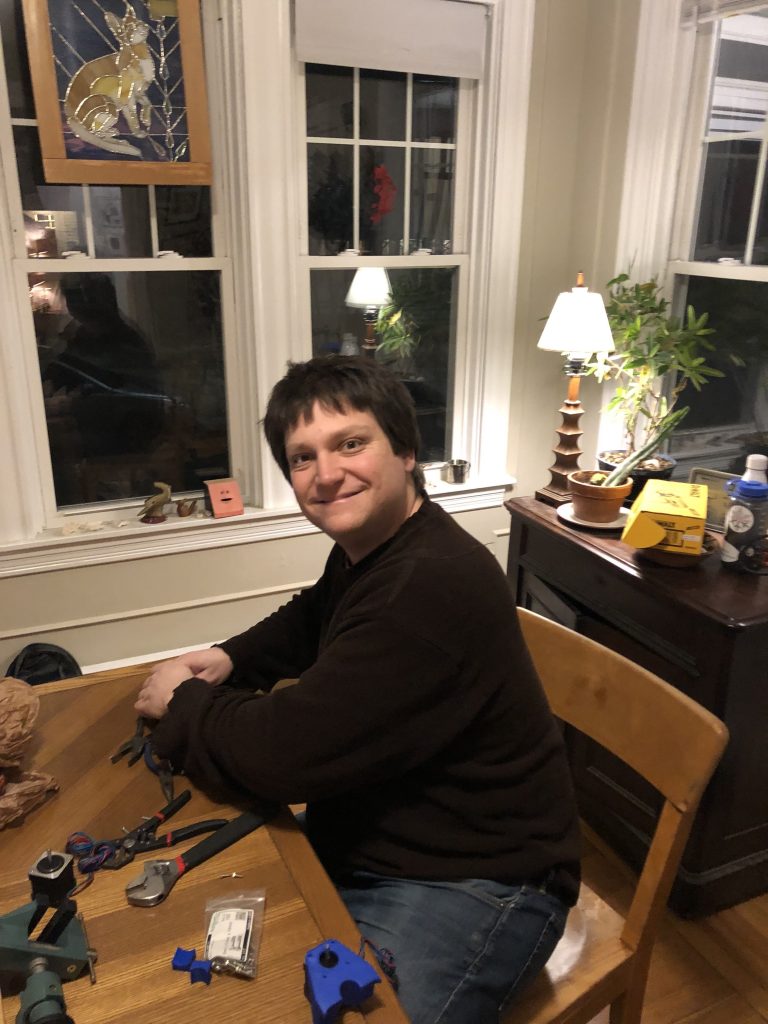 Repetier host seemed to work pretty well for controlling the board

Used the RAMPS branch of the mpcnc marlin repo

Edited the header files as described in this post so that we could use both extruders as extra x and y motor drivers. It did not seem like driving two motors from the same driver board was acceptable. Our bearings are gripping the rails a little too tight. It is tough to move.

Some useful links on the thingiverse version of the mpccnc https://www.thingiverse.com/thing:724999

He suggests using this program http://www.estlcam.com/ Seem like windows only? ugh.

This is an interesting web based g-code maker. Ultimately a little to janky though. It works good enough to get started http://jscut.org/jscut.html . Not entirely clear what pocket vs interior vs whatever is. engrave sort of seemed like what I wanted. Went into inkscape with a reasonable png and traced bitmapped it, then object to path. It’s also nice to just find an svg on the internet

The following code was needed to zero repetier and the RAMPS at the touch off point. We added it as a macro. It is doing some confusing behavior though.

pycam is the best I can find for 3d machining. Haven’t actually tried it yet

We should probably upgrade the thing to have limit switches. It pains me every time we slam it into the edge.

All in all, a very satisfying project. Hope we build something cool with it. 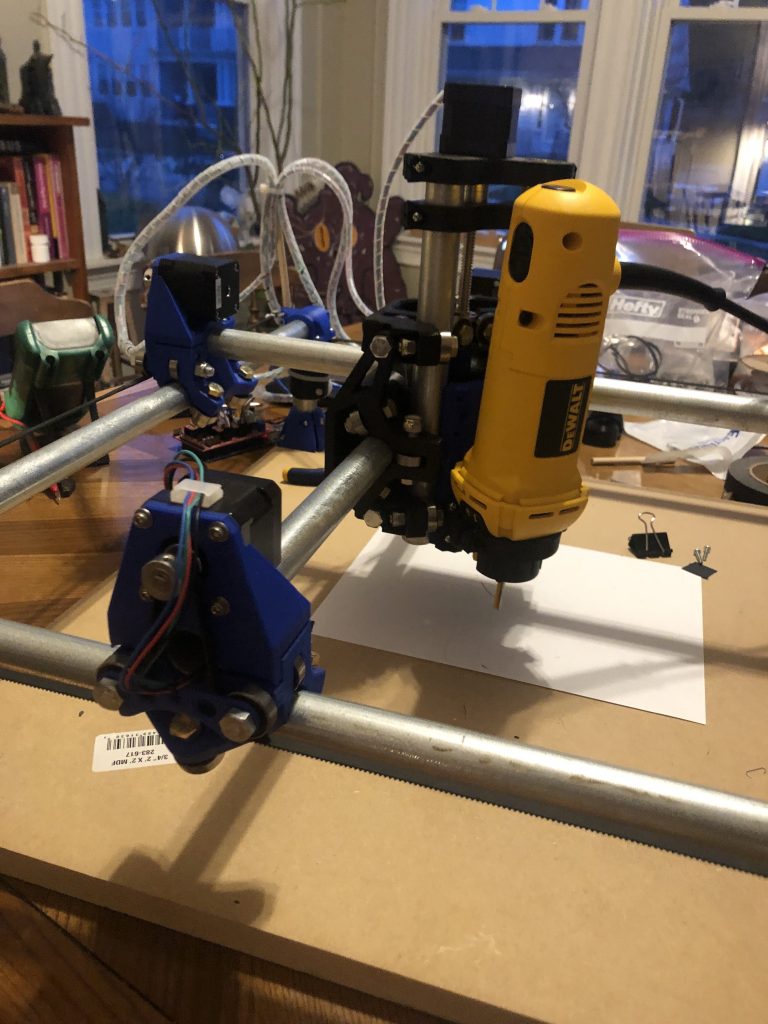 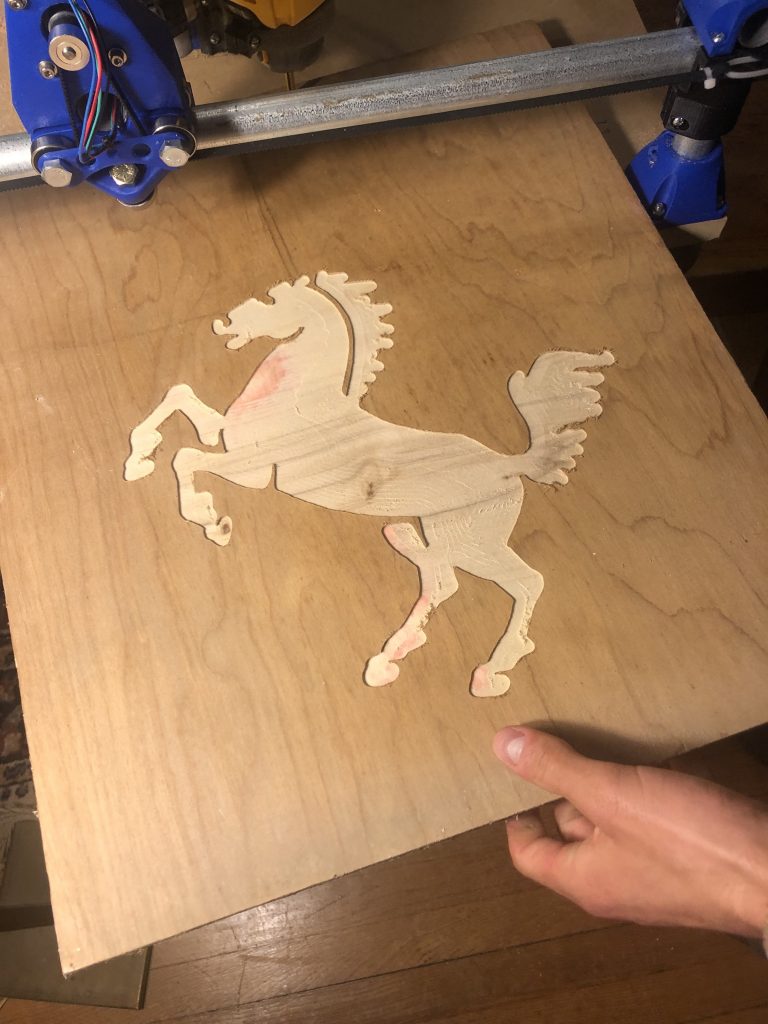