After a long night we arrived here in Copenhagen on Sunday.

We’re staying at matt’s friend’s place, Sam. He is very nice to do so, since we are disgusting animals.

The sink here has been filling up with the upstairs neighbors dirty water so draining it into the toilet has been a theme.

The first day, Matt arranged all the travel. Buses places trains etc. That really took all day. I feel kind of bad about being a hanger on piece of crap who isn’t helping with the planning really.

The second day we walked all over town. Saw the harbor, Christiana, the weird commune thing in a park where they sell weed and/or declared themselves independent from Denmark? Saw Bohrs birthplace and the institute where he worked. Pretty cool. Also saw the requisite mermaid statue and a star shaped fort.

We went to aamans, a pretty fancy place, for some smorresbrod, the danish thing. It’s various things placed on a piece of rye bread. It’s good. I got boring choices, pig ,beef, fish, while Matt went for more exotic liver, steak tartare, and pickled herring.

I stopped fighting my coffee urges on day 3 in the museum Louisiana which was awesome. The exhibit on William Kentridge was particularly cool. He loves megaphones. The other main exhibit on Tal R, some danish artist, was more underwhelming.  I’m just a crass bore so whatever. The view of the sea was great. Also just generally the museum looked good. The building and grounds and scattered sculpture of shape.

after another chill day,we’re off to Brussels. 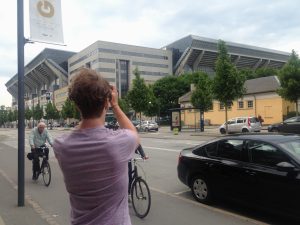 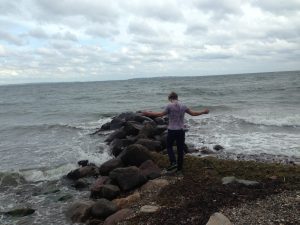 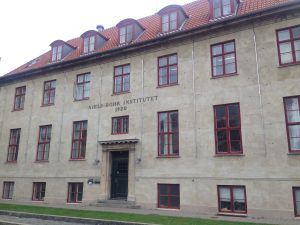 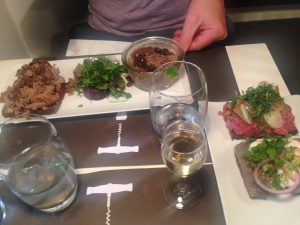 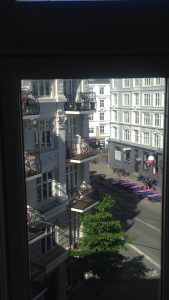 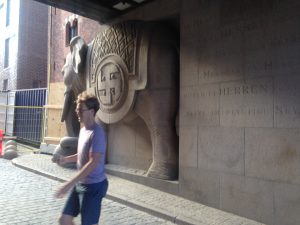 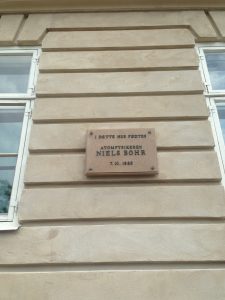 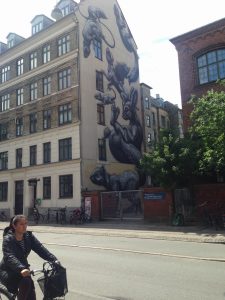