so we spent today exploring Brussels.

Coming in last night, I noticed a lot of homeless sleeping in the train stations.

It seemed like there was just endless stuff to see. We walked over ten miles.

the grand place was impressive. The whole square is kind of guilds and the town hall building has a huge ornate spire and statues all over it. That stuff dates to 1690 ish

The churches are hue and impressive and kind of blur together.we only went inside one. Again, very impressive.

he pissing boy is fun. Shows a sense of humor on everyone’s part. We showed up for some kind of Ethiopian celebration thing. The boy was dressed up and Ethiopian dancers were dancing to music.

i don’t know why there as graffiti, shitty graffiti on this really awesome domed building on top of the hill. It seemed like a shame.

Butotherise there was some really awesome graffiti all over the city.

We went to a sewer museum and walked in the operating sewer of Brussels. It smelled like shit. We were kin of confused by people living in tent outside of most of the doors of the museum blocking it off. The museum was in these somewhat small fancy columns stone buildings.

we had vol au vent (chicken pot pie kind of)  and carbonnade (beef stew) for linner. It was a touch pricey but very good.

then we got some touristy waffles for desert.

one of the top cities so far. 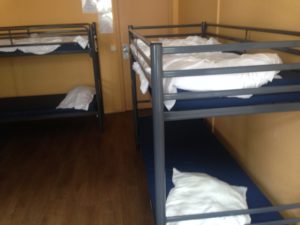 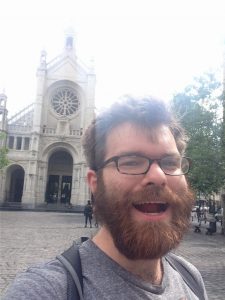 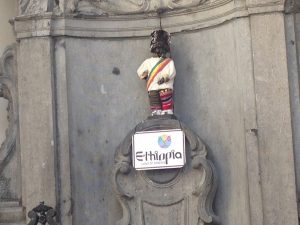 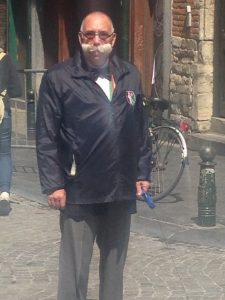 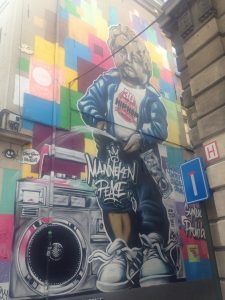 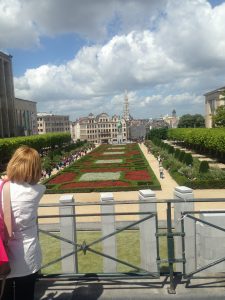 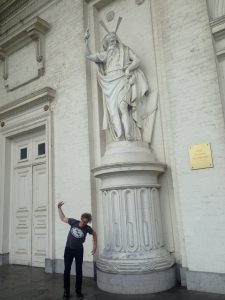 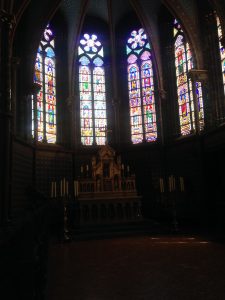 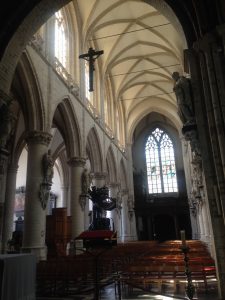 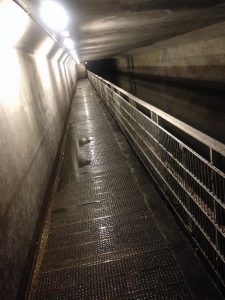 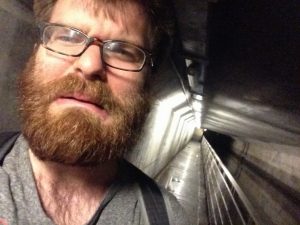